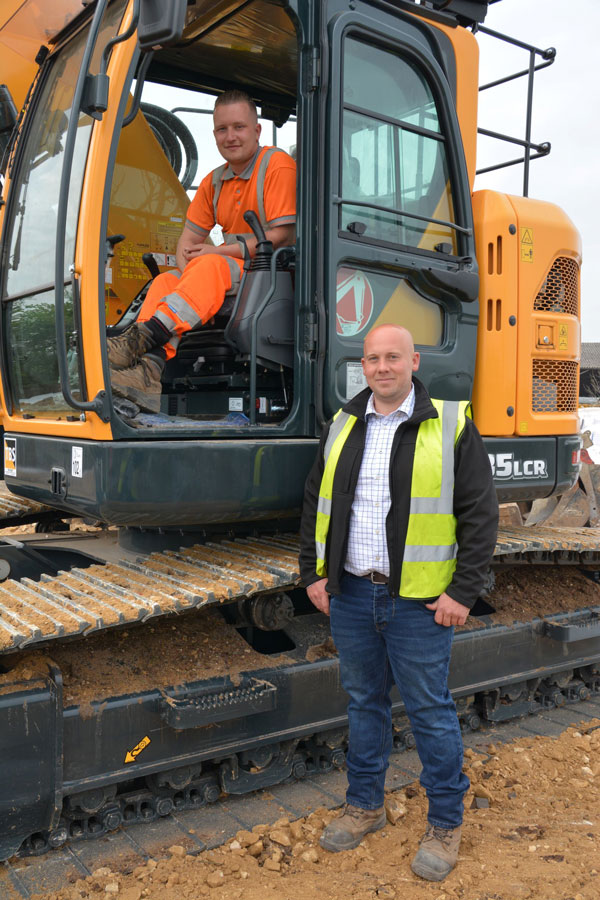 The business initially established itself as an ecological, fencing and landscaping contractor but has since expanded to become a specialist groundworks company with 12 full time employees on the books, but this tally can often expand to over 30, when including sub-contractors.

Tom has always had a big passion for plant and machinery and so naturally he had the ambition to own his own fleet of machines. For the companies first job for Nottingham City Transport Tom hired in machines but having won a further 11 jobs off the back of that one he decided to invest in his own kit.

The company’s plant holding has expanded so much that the decision was taken to establish a stand-alone plant hire division in April 2018, which saw the formation of True Plant Hire Ltd. The current fleet tally, at the time of writing, stands at 28 machines, which includes amongst others, 5 x micro excavators and 5 x 13 tonne excavators.

The company have recently established a new yard complete with its own hire shop with an aim to making them a “one stop shop” for all your plant and tool hire requirements.

The company has just invested in their largest machine to date and a new brand in the form of a Hyundai HX235LCR, a powerful compact radius machine which, comes complete with a substantial sized dozer blade. Reflecting the young fresh feeling to this exciting company, the operator Jack Asher, who has worked for True Plant for over 18 months, is also only 22 years old but is said to have had a massive influence on the decision to choose the Korean built machine.

The new Hyundai machine, fresh out of the box, began working immediately on a job on a farm where Jack and his new mount were digging out for a new hard standing area for a turf supplying business on the outskirts of Nottingham city centre.

Talking about the decision to buy a Hyundai, Jack said, “We had a demonstrator HX220L from our local dealer TBS Plant Ltd and I just loved everything about it to be fair. Hyundai has vastly improved the joysticks on the HX models, and they are so much better, I just can’t fault them!”

Jack continued, “I’m very impressed with this machine, it’s got plenty of power in the dig, and as far as I’m aware it has got more power than anything else in its class, in addition the pushing power when dozing is nothing short of phenomenal, it’s a right beast!”

First launched in 2016 and tipping the scales at 24,000kgs (52,910lbs) the HX235LCR is powered by a Stage IV emissions compliant six-cylinder Cummins QSB6.7 diesel engine, which offers that class leading power output of 136kw (183hp) @1,950rpm. Hyundai claim that the machine can offer 10% improved fuel economy with a 5% increase in productivity when compared to previous models.

As with all HX series Hyundai’s the cab is a nice place to spend a shift with all the creature comforts you could ever need. Standard equipment inside includes the full colour 8-inch (20.3-cm) interactive, adjustable, touchscreen cluster-monitor which doubles up as the rear-view camera screen when selected. Jack also expressed his liking for large cab interior, which offers plenty of leg and foot space, low noise levels, impressive climate control, comfortable air suspension seat and the Bluetooth functionality for the all-important mobile phone that we all depend on these days.

This new machine has clearly made a big impact already and Tom hinted that this could be the first of many going forward, as he has been impressed not only with the Hyundai itself but equally as important the dealers TBS Plant Ltd and the back-up provided.

With a young forward-thinking team around them and two highly experienced individuals joining Tom as Directors shortly, this is an ambitious, fresh new business that is without doubt going places.