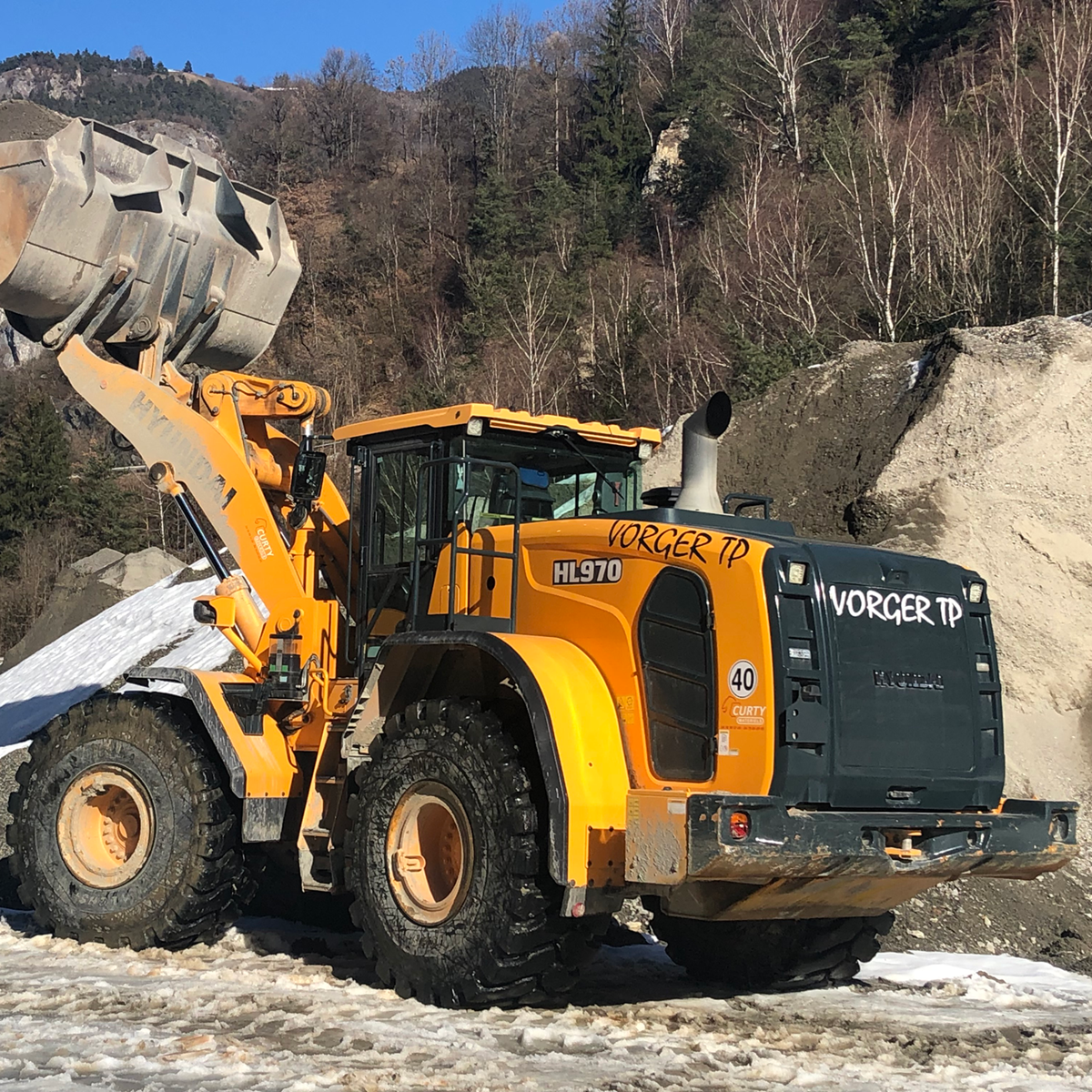 Vorger TP (Public Works), a family business established over 55 years ago, was seeking a high-functioning wheel loader to work exclusively at its recycling hub. It was at the Curty Matériels agency that they found the machine to suit the business - an HL970 from Hyundai Construction Equipment.

Located in the commune of La Léchère (Savoie), Vorger TP was established by Joseph Vorger in 1962. When he retired in 1997, his son Jean-Claude, who was already working at the company, took over the direction of the company. Eight years later, it was the turn of Mathieu Vorger, grandson of the founder, to join the family firm. "During the 1960s, the company specialised in civil engineering and construction. During that time, my grandfather worked a lot on building ski lifts and buildings, particularly at the Valmorel ski station; when my father joined the firm he started to concentrate more on public works. As for me, I joined the company in 2005 after I had completed my degree in engineering and construction site management," explained Mathieur Vorger, who today is the general manager of the family firm, which also employs his wife in accounts, and his sister in the administration office. "We truly are a family company because my parents still work with us," he continued with a smile.

The company currently occupies an area of 8,000 m2, employs some fifteen members of staff, peaking at times to thirty during the summer and autumn months (May to November). It posted a €4.3 m turnover in 2018. 2018 was a good year and if we can achieve the same revenues next year it would be fantastic!" stressed Mathieu as he described the problem of finding staff throughout the year. "From September to November it's always a little tricky because we have to complete our building works before winter arrives. So we are always looking for drivers, site foremen, workers etc."

Operating mainly in the mountains, the Tarentaise valleys, and rarely on the flat, the company needs a fleet of substantial machines which are often severely tested. The machine fleet includes four from Hyundai Construction Equipment - three excavators and one wheel loader. "It's the recently added wheel loader in our fleet that is currently clocking up 3,500 hours, and is the machine that works the hardest," continued Mathieu, obviously delighted with his choice. "The company also operates a recycling hub. We recover as much building material as possible, with the aim of recycling them, then, either selling them on to other companies, or reusing them on our own construction works. And it is for this recycling hub that we were seeking a wheel loader, choosing the HL970 from Hyundai Construction Equipment, purchased through the Curty Matériels agency," continued Mathieu Vorger.

The wheel loader operates at this recycling hub for eight months, from April to November. "We had a wheel loader from a competing brand before, but it was smaller, and we really needed a larger machine. It is put under severe strain, so it had to be powerful, flexible, accurate and high-functioning. We tried it, and as the saying goes "if you try it, you will buy it!". Even our driver doesn't want another! And to prove it, he is so happy with it that he recommended to the commune where he works part-time that they should purchase a machine from Hyundai Construction Equipment so that he doesn't need to change his ways." Another benefit of this machine is its fuel consumption. "It operates on 12 litres per hour. So it isn't at all fuel-greedy," concluded Mathieu Vorger.


Features of the HL970 Hyundai: