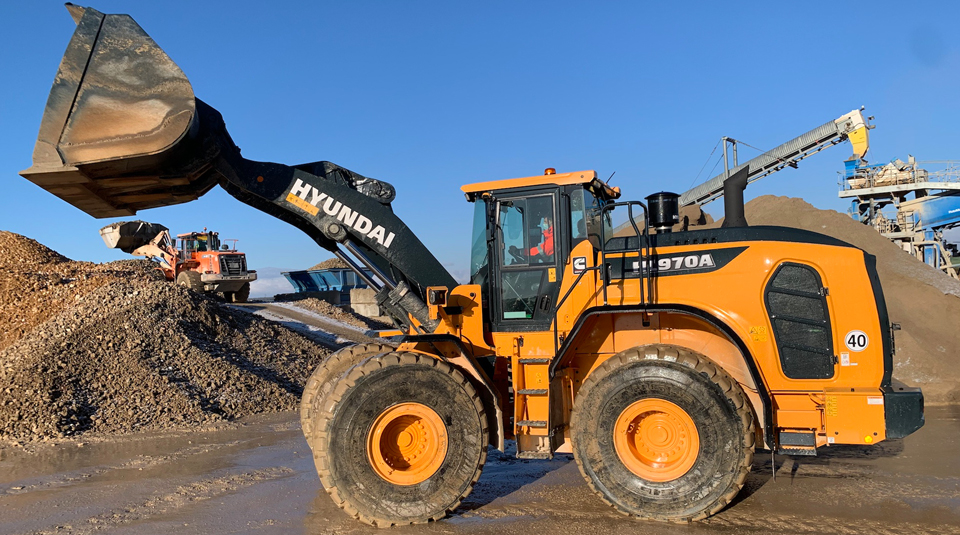 "It was my father, Alain Poullard, who founded the Poullard company in the late 1970s. We are based near Chartres and specialise in landscaping, demolition and road and utilities infrastructure. My father originally started his business on his own. A lot of his business came from machine rental for companies such as Colas and, little by little, he started to work on sites of increasing scale over the years as the company grew", explains Stéphane Poullard, who now runs the company.

"I joined the company full-time in 2000, first as a site foreman before becoming a works supervisor. There were around ten employees in the company at the time. Poullard now has 25 employees on the payroll, with a turnover of 4.3 million euros", adds the 43-year-old manager. The company mainly covers the Eure-et-Loire region (28), a small area in Yvelines (78) and Essonne (91). "We cover an area of forty or even fifty kilometres from the company site, but we try to stay within an hour's drive", he adds.

Over the years, the company has continued to develop and it opened a recycling platform, called Granudem, in 2005, managed by Aline Poullard and located in Chartres-Poisvilliers. In 2014, it created a company specialising in asbestos removal, lead removal, technical cleaning and dust extraction called Chartres Amiante.

Stéphane Poullard uses a number of different machines for this work (crusher, bucket, etc.) from a variety of manufacturers. But a problem with his last loader led him to invest in a Hyundai HL970A Wheel Loader from Inter Locations Matériels. "I hire a lot of equipment from Franck Hoyau of Inter Locations Matériels all year round. I've known him for more than twenty years, and it was only natural for me to turn to him when I started looking for a new machine. I had the opportunity to visit Tessenderlo in Belgium to try out machines, which was a big help in reaching a decision. ", says Stéphane Poullard.

Delivered at the beginning of the year, the Hyundai HL970A Wheel Loader has won over its new owner. "What I liked the most was the 360-degree view provided by the Hyundai AAVM system. The strong point on this machine is safety - something genuinely important to me. Mainly used at the company's recycling site, it also features a weighing system and a 4500 litre bucket, both of which are perfect for my business", he adds.

The HL970A Wheel Loader is an A-series model: a new generation of construction equipment that complies with the European Stage V emission standards. It is designed for long-term ruggedness and reliability to reduce the costs of business operations and improve productivity. 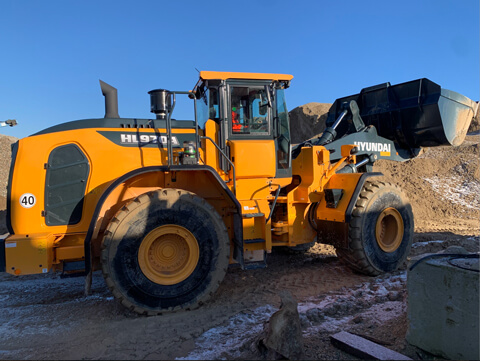 "Comfort is a big feature of this model. Most heavy equipment operators work long days. It's therefore essential that they feel their best inside their working tool – also with an eye to reducing downtime. So, there's nothing like a spacious and comfortable operator's cabin! The manufacturer understands this completely", says the company manager.

With this model, the Hyundai brand offers equipment operators exceptional comfort. Like the entire HL-series loaders, the HL970A offers a large, comfortable seat with air suspension and heating as standard. The seat and armrest are fully adjustable. The instrument panel is optimised to provide simple, quick, easy access to machine status information as you work. It is fitted with a very easily readable and user-friendly touchscreen.